Anglo-Saxon Timeline (KS2): Everything You Need To Know 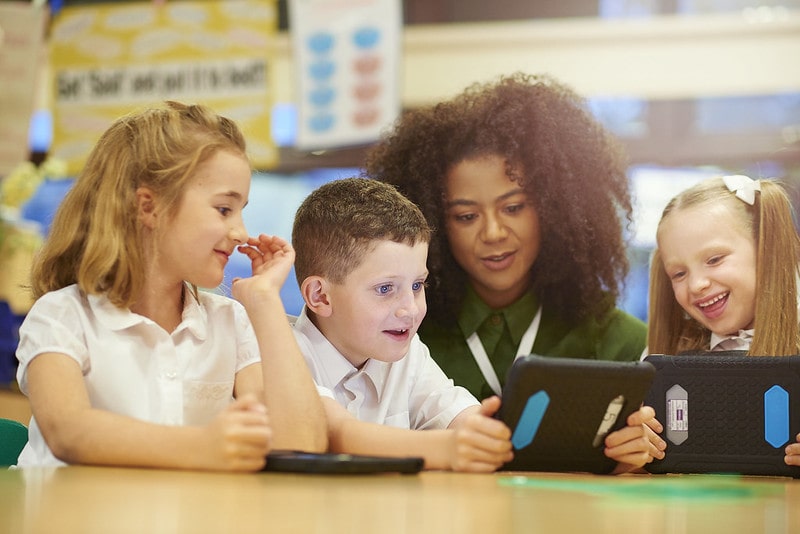 Teaching history to KS2 children from home can be a daunting task, especially with an action-packed period like the Anglo-Saxon period.

Timelines are a versatile and effective resource for teaching children how different events in time relate to each other. We have brought together some of the Anglo-Saxon facts to help your children make a fabulous Anglo-Saxon timeline.

Tips For Teaching Children About The Anglo-Saxons At Home

To get your children more excited about Anglo-Saxons for KS2 level, there are some great activities you could do. For example, you could use drama to act out major events of the Anglo-Saxon period,  art to represent the different kingdoms and you could use the texts from Bede as inspiration for writing your own mini-history book.

Another great way to help children get excited about history is to take a trip to a historical site. One excellent place to visit is the Anglican Tower was constructed by King Edwin of Northumbria. You can still visit it today, built into the Roman walls that famously surround York.

Who Were The Anglo- Saxons?

The Anglo Saxons were people who crossed the North Sea from The Netherlands, Denmark and Germany to Britain after the Romans left to come and settle in Britain. Some historians suggest they were looking for more fertile farming land in Britain to live on and make money.

Notable Names From The Anglo-Saxon Times

Aethelthryth was a famous Anglo-Saxon saint, princess and founder of Ely Abbey. After her death, it was said that her body was said to have powers to cause miracles. She was one of three sisters who also became saints.

Bede is known as the best Anglo-Saxon scholar working in Britain. He was born in the year 672 in Northumbria and became a monk.

Caedmon was a monk, singer and famous poet. Historians suggest he lived in the same monastery as Bede from 657–680, but there are no precise dates for his birth and death. Caedmon is also one of the most important poets of the time.

Cynewulf was a famous Anglo-Saxon, Christian poet who produced famous work such as 'Juliana' and 'Christ II'. There is no precise date for when Cynewulf was born or when the poetry was written.

King Arthur of Camelot is perhaps the most famous king of Anglo-Saxon times and leader of the Knights of the Round Table.

Fantastic Facts About The Anglo-Saxons

They were made up of the Angles, The Saxons and The Jutes.

The Anglo-Saxons worshipped many gods, each one in charge of a different aspect of the world. After the 7th century when St Augustine came with Christianity, many Anglo-Saxons converted to Christianity.

Many of the words we use today come from the Anglo-Saxon dialect, known as Old-English.

The Romans left Britain with no defence, open for another army to come and invade.

Although the Romans were leaving, they still sent over people to persuade people to convert to Christianity.

449: Horsa And Hengest Settle In The Kent Area.

These famous brothers are thought to be the first leaders of the Anglo-Saxon bands when they travelled to England.

During this battle, Britons under an unknown leader defeat the Angles and Saxons which meant there was a brief time of peace.

627: Christian King Of The North

There was a discussion between Celtic and Roman churches and Rome won this.

The main reason we have so much knowledge about the Anglo-Saxons is because of the work Bede did. He wrote the first British History book and his work is still used today to explore what life in England was like.

Beowulf is a huge alliteration poem, written in Old-English dialect and estimated to have been written between these years. No one knows who wrote this famous poem.

Offa was a King of Mercia, and he built a huge wall, over 60 miles long, along the border of Mercia and Wales.

King Egbert of the West Saxons decided to try and take over Mercia.

King Egbert's son, Athelstan, sailed out to meet some Vikings trying to invade by Sandwich, Kent.  They fought them off and captured their ships.

The Vikings didn't take the defeat by the Anglo-Saxon king kindly, so they came back in full force and conquered Northumbria.

The Vikings took over most of England. The armies drove King Alfred into hiding in the Somerset marshes in Athelney. It seemed all over for the Anglo-Saxons.

Alfred decided to fight back and so formed an army to oppose the Vikings. They had a fearsome Battle in Erdington, and subsequently, the Viking leader Guthrum became a Christian. Alfred had to make a treaty with the Vikings to establish a territory called Danelaw.

954: Vikings In The North, Anglo-Saxons In The South

This could be the most famous year in the history of Britain. When Edward the Confessor died, three separate men could have become King. Harold Godwinson was crowned king. Harold went up north to fight Tostig, defeated him then marched down the entire country to fight William the Conquerer, who had come to Sussex with a Norman-French army. Harold was killed with an arrow to the eye and his army fell shortly after. This started the Norman period of rule in England.