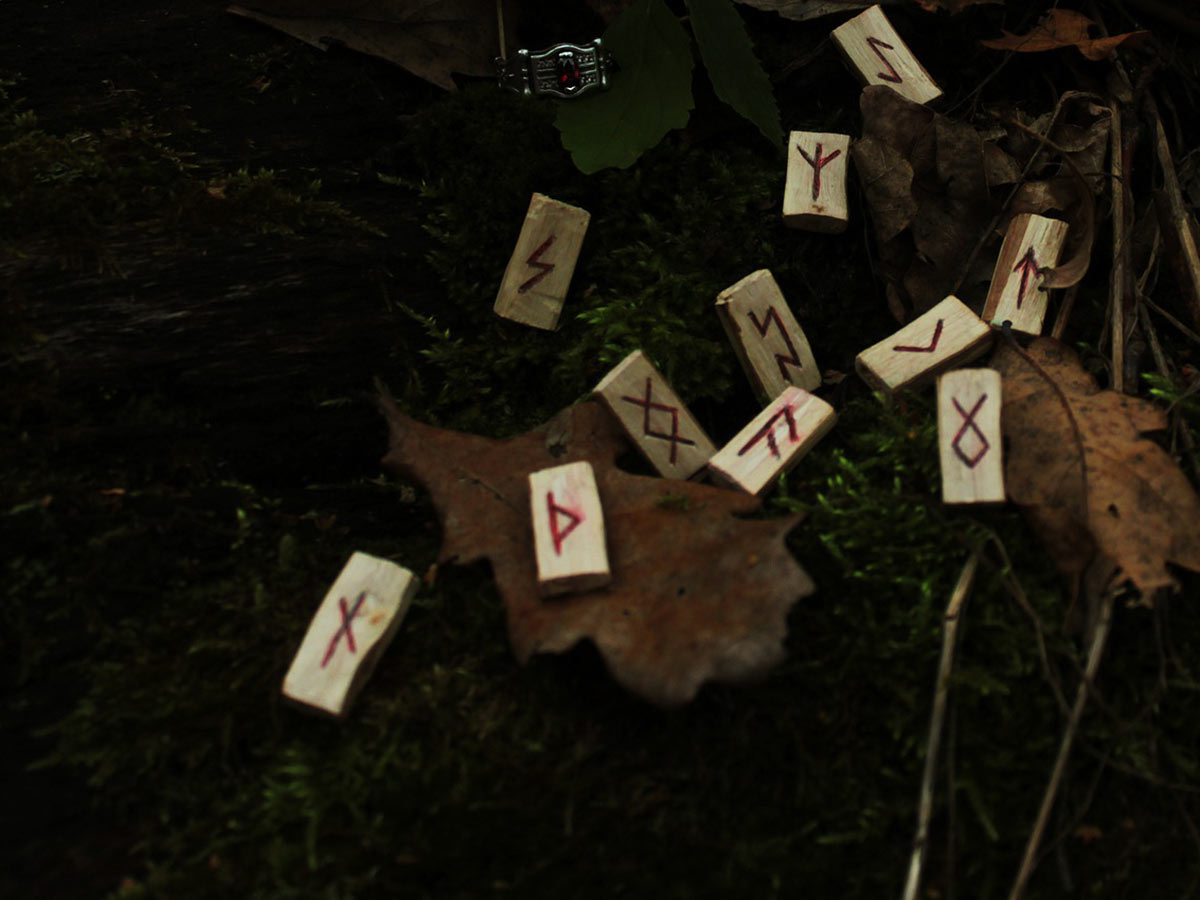 We have found the KS2 resources and summarised them to make teaching your children all about runes as easy as abc. We outline some facts about runes and some fun ways to teach this topic at home.

Runes are symbols just similar to the letters we use. Rune literally translates to 'secret' or 'mystery'.

Not all historians agree on where the runes came from. Some suggest that the runes were developed in Frisia (the Netherlands and Germany) then they were brought over to Britain. Other historians believe that the runes originated in Britain then were transported to Frisia.

The runes are known together as the futhorc.  You can explain this as the same as how we describe letters as making up the alphabet. They form the language often described as Old-English. The runes were used to write things like significant names, places, spells and religious rituals.

The runes within the Anglo-Saxon alphabet are made of combinations of straight lines so that they could easily be carved into wood or stone. Many runes have been found carved into stone, which are known as runestones.

Why Did We Stop Using Runes?

The Roman alphabet consists of the letters you are reading right now. It's the most widely used alphabet system in the world.

When many Anglo-Saxons became Christian, more people began writing and speaking using the alphabet we use today. This meant that as more people used the Roman letters, fewer people used the runic symbols until there wasn't a single rune used in Britain.

How Many Anglo-Saxon Runes Are There?

Generally, historians believe there were 33 runes within the runic alphabet.

There are other runic forms of writing, some including 24 runes, or 33 runes. In the older forms of the runic language, there are 24 runes arranged into three groups of eight runes.

Almost all of our alphabet today can be expressed in runes. Some letters directly correlate, whereas others are denoted to sounds we don't have a specific letter for anymore. There may also be one rune to mean one word, for example, the word for "rushed".

Anglo-Saxons believed the runes were very special. They were often used in religious ceremonies.

Certain runes were believed to be magical, Anglo-Saxons believed specific runes in a special order could be used as spells or charms. Anglo-Saxon used to cast a spell to try and bring good luck, cause an enemy harm or bring about a good harvest.

The English verb "to spell" something and the noun meaning to cast a magical "spell" use the same English words because they come from the Anglo-Saxon runes.

How You Can Teach Runes To Your KS2 Children

Learning about runes can be a fun time because it can make history seem much closer to home! You can feel involved in the Anglo-Saxon culture by creating your own secret messages using the runes.

Year 3: You could play a game where your child has to write their own runes, using the Anglo-Saxons' as inspiration.

Year 5: You could explore the origins and transportation of the futhorc between countries to explore why we write using the Roman alphabet today.

Year 6: This could be an opportunity to introduce the amazing work of J. R. R. Tolkien! Runes were used within the novels as an inspiration for some of the names and languages within the Lord of The Rings series.