57 Airplane Jokes That Are Miles Ahead 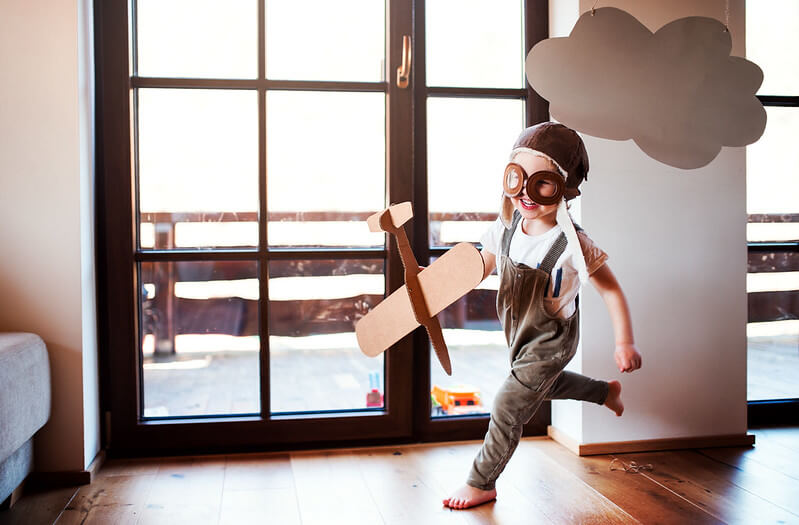 Looking for soar-some puns, jokes and one-liners about airplanes and flying?

You've come to the right place. Check out our collection of back to back plane jokes that are guaranteed to give the whole family a giggle.

Will you love these puns about flying, or will they just go over your head?

2) Flying for Beginners, a book by  Landon Safely.

3) Reaching the heights of success.

Did You Know? The famous painter Leonardo Da Vinci drew pictures of flying machines as long ago as 1485, but the first flight wasn't made until 1903 thanks to the Wright brothers, Orville and Wilbur? Even now, more than 100 years later, only 5% of the world's population has been on a plane.

These one-liners will just trip off the tongue. Your audience will be rolling in the aisles!

6) I designed a crash proof airplane  made out of rubber. It's called the Boing 747.

7) I told the check-in assistant at the airport to send my bags to New York, while I flew to London. She said she couldn't do that. I replied, ''why not? You did last week!''

8) If a plane has a small crack in it, is that called an airline fracture?

9) I bought a book called 'How to Travel'. It's written by Anna Plane.

Did You Know? The Boeing 747also known as the Jumbo Jet, is the most common wide-body commercial airliner. It is made up of more than 8 million pieces - that's some jigsaw!

Up, up and away! A whole fleet of fabulous, flying-themed funnies to keep you and your kids laughing while you wait for take-off.

Plane dumb won’t save you.

11) What do you call Harry Potter in a plane? The flying sorcerer.

12) What did they call the company that makes rubber planes? Boing!

13) What do you call a plane that flies backwards? A receding airline.

14) What do you call the Swiss president’s plane? Tobler One.

15) What happens to bad plane jokes? They never land.

16) Where does a mountain climber keep his airplane? In a cliffhanger.

17) Why did the teenage airplane get sent to his room? For bad altitude.

18) Why is development in airline engineering so slow? No one wants to make a groundbreaking design.

19)  I saw a policeman wearing a pilot’s uniform. Then I realised he was a plane clothes police officer.

20) What if a dog flew the first airplane? It just wouldn’t be Wright.

21) What do you get if you cross a snake and a plane? A Boeing Constrictor.

22) Did you hear about the pilot who did well in interviews? He was great at landing a job.

23) Did you hear about the young pilot who flew through a rainbow during his pilot's exam? He passed with flying colours.

24) What do you call travelling on a flying carpet? A rugged experience.

25) What has a nose and flies but can’t smell? An airplane!

26) What is it called when a giraffe swallows a toy jet?  A plane in the neck.

27) Where can you find the Great Plains?  At the great airports!

28) Will invisible airplanes ever happen? I don't think they will take off.

29) Why didn't the flight attendant let me change my seat that time I sat next to a crying baby? They won't do it if the baby's yours.

30) What did the football player say to the flight attendant? Put me in coach.

31) Who invented the first airplane that couldn’t fly? The Wrong Brothers.

33) What does the propeller do on a plane? It keeps the pilot cool. if you think I'm wrong, stop it and watch him sweat!

34) How often do planes crash? Only once.

35) I wanted to tell you an airplane joke. But I think it will go over your head.

36) What do airplane builders say about their job? It’s riveting.

38) What’s the difference between an optimist and a pessimist? An optimist designed the airplane; a pessimist put in the seatbelts.

39) What happens if you wear a watch on a plane? Time flies!

40) How do rabbits travel? On a hareplane.

41) How does Cupid go to visit his girlfriend? On an arrow-plane!

42) What did the doctor say to the woman who felt ill at the airport? I'm afraid it’s a terminal illness.

43) What's another name for a flying police officer? A heli-copper!

44) What do you call that film where pilots fight to take off? The Hanger Games.

45) Why did the librarian have to get off the airplane? Because it was overbooked!

46) Why did the students study in the airplane? Because they were trying to get higher grades.

48) Why did the girl study in the airplane? Because she wanted a higher education.

49) Everyone knows two wrongs don't make a right, but what do two Wrights make? An airplane.

50) Why did everyone scream when I held the door open for them? We were on a plane.

51) Do you know what happened when I tried airplane mode for the first time? I threw my phone but it didn't fly.

52) What do pilots say when asked if they like their job? It has its ups and downs.

53) What do we want? Airplane noises. When do we want them? Neeeeeeooooow!

54) What happened when the little boy opened a window on an airplane? He had his head in the clouds for a moment.

55) Which is a pilot's favourite day? Flyday!

56) What do you call an airplane that's about to crash? It's an error plane.

57) What kind of crisps can you buy at the airport? Plane crisps!

Did You Know? You lose the taste from a third of your taste buds when you fly at altitude. Maybe that airline food doesn't taste so bad after all!