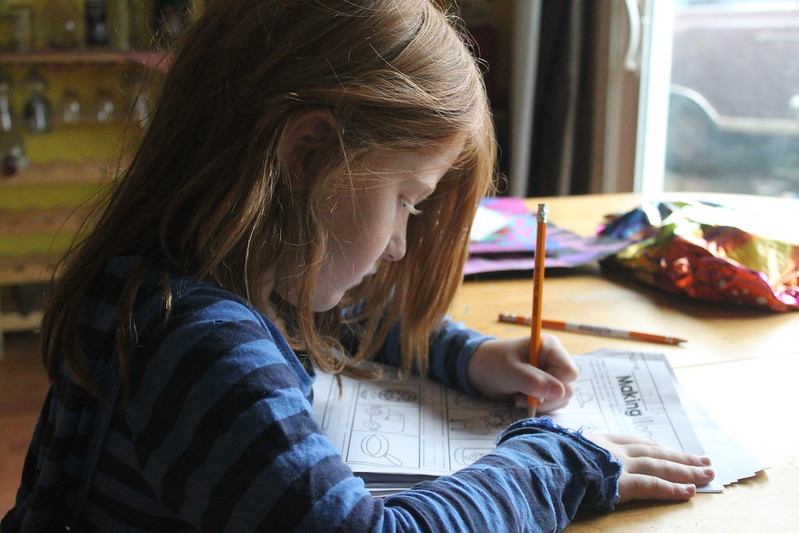 Verbs, noun phrases, adverbs, modal verbs - as your kids make their way through primary school the number of word classes and grammatical features they'll be coming into contact with will grow and grow.

We know that telling your adverbs from your verbs from your fronted adverbials can sometimes feel like a challenge, especially when it's been a few years since you needed to pick up a grammar textbook. That's why we've put together this handy guide to adverbs to see you through.

The first thing your primary-age kids are going to need to know is, what is an adverb anyway?

Adverbs are words that are used to describe, or modify, other words like verbs. Adverbs tell us more about verbs by explaining where, how, when, why or how often an action happens. Just like adjectives modify nouns and pronouns (for example, the beautiful butterfly), adverbs describe verbs, e.g. The beautiful butterfly flew quickly.

Adverbs can also modify adjectives. In the phrase "He was very tall", the word very describes the adjective tall.

Adverbs are so versatile, they can even describe each other. In the sentence "She threw the ball too soon", soon and too are both adverbs. Soon describes the verb threw, while too modifies the adverb soon.

As children get more comfortable with adverbs, they will also start to learn about fronted adverbials. These are adverbs, or adverbial phrases, put at the beginning of a sentence like this:

With a clatter, Amina dropped the pans into the sink.

In Years 4 and 5, children will be encouraged to use fronted adverbials as sentence starters in English to improve their writing and make it more interesting. Primary teachers will often give out word banks, or lists of suggested adverbs and fronted adverbials, to help the process along and give kids some inspiration.

What Are Some Examples Of Adverbs?

Adverbs fall into five main categories: adverbs of place, time, frequency, manner and degree. Some examples of each of these appear in the chart below.

Although many adverbs that modify actions end in -ly, not all of them do. It's important for kids to remember this because test questions often ask them to pick out adverbs in a sentence, and if they're only looking for -ly words, they might miss a sneaky soon or fast.

How And What Do Children Learn About Adverbs In KS2?

The primary English curriculum introduces adverbs gradually throughout KS2. Most primary children start learning about them in Year 3. By then, they've already learned about verbs (sometimes taught as "action words") and adjectives, so adverbs should feel like a logical next step.

Once they know what an adverb is, and have had some practice identifying them, the teacher will start to encourage children to use adverbs themselves. At first, this is likely to be through whole-class teaching or small group exercises, where the teacher will give an example of a verb and ask for children to brainstorm adverbs to describe it. Later, they will be asked to start using adverbs in their own writing. To begin with, the teacher will probably start by giving them an example of a verb (or picking one out of their work) and asking them to add an adverb describing it.

In Year 4, children will be expected to use adverbs independently in sentences. They will also start being introduced to fronted adverbials and encouraged to use them to describe verbs in their writing. At this stage, your child's school may provide a word bank or other resource to help them get used to putting adverbs into their work.

In Years 5 and 6, teachers will expect them to be adding fronted adverbials and adverbs to their writing independently and without being reminded. They should be able to identify them in sentences as well - many grammar tests and assessment packs will include something like the examples below:

If your child is struggling with adverbs, practice can work wonders. Ask them to identify adverbs in sentences they see around them, or on pages of their reading book. Many children have less trouble using adverbs than they do in identifying them, so downloading worksheets related to word classes or parts of speech can help.