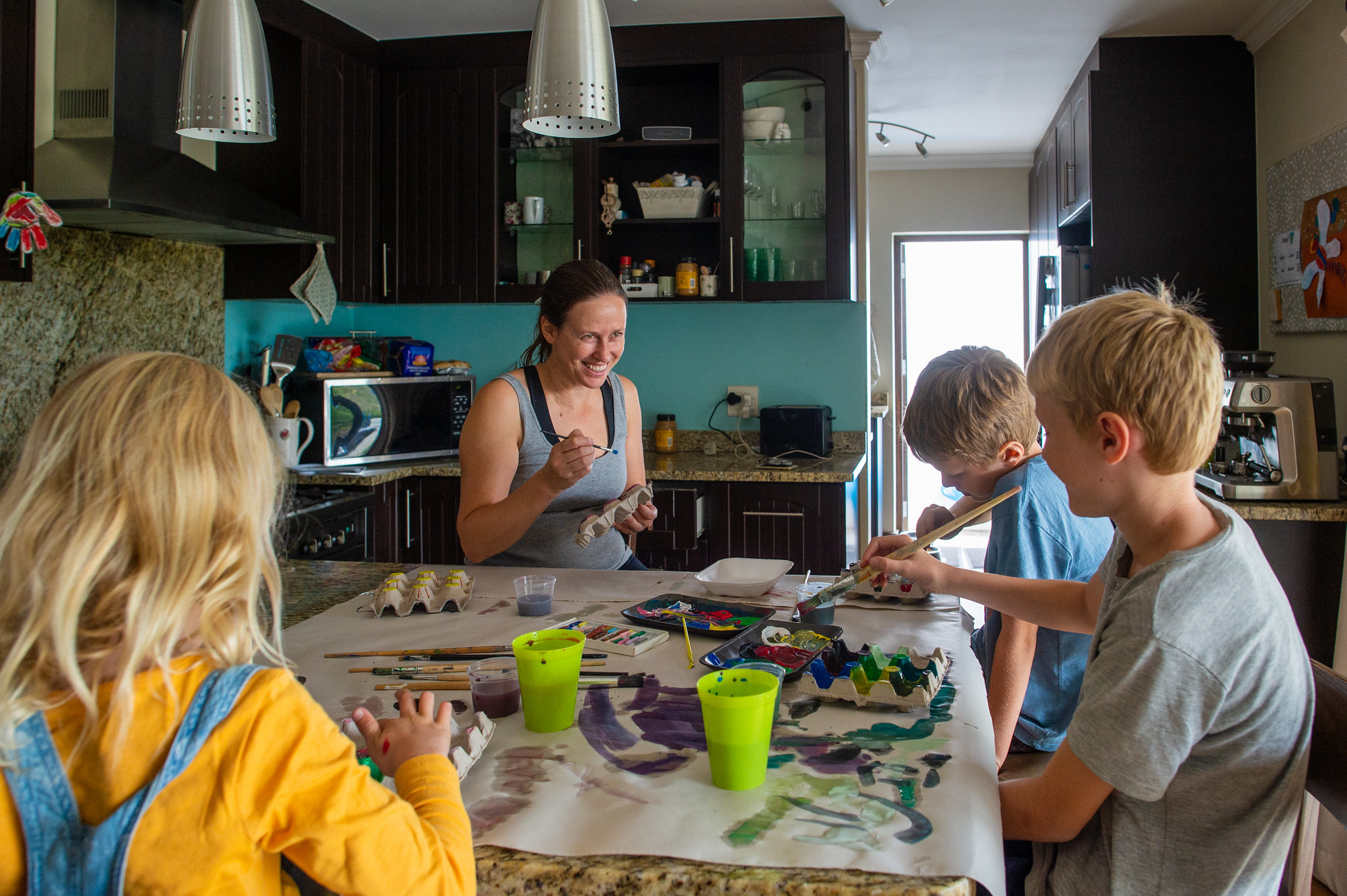 I can honestly say that my favourite time spent at school was when we were allowed to immerse ourselves in a big project. Whether it was The Queen's Jubilee, the royal wedding, or even the ancient Egyptians, each provided a flashpoint of inspiration to let our imaginations run wild. After a combination of research, storyboards and essay writing, we would end up either making something - a hat to wear to the celebrations, our own chariots, or even a poster to advertise a celebration. Sometimes we would create a play about a famous figure and end up rewriting history. It was both magical and memorable.

However, these days, prescriptive teaching which follows the set curriculum dominates as this allows all the assessment to take place which is required by the Government. And while it serves its purpose, it's a shame to say the least, and for many reasons. While we’re in the midst of these strange times, we are presented with a real chance to ignite imagination and let the children guide us towards intellectual development. Here’s why I think it’s a great idea.

Freedom Of Expression Is A Powerful Tool

By giving children a concept or a chunk of history to build a project around you are creating the potential for multi-layered learning. You can easily cover every subject area in the timetabled day, but most importantly it all suddenly becomes interesting and relevant. The stories we take the time to dig deep into in history bring the learning alive. The measurements of a chariot and how they work, for example, demonstrates algebra at it's best. The evolution of farming around the Nile results in some serious geography boxes being ticked. All aspects of literacy are easily covered in the making of one information booklet - job done. A limitless approach to learning invites a thoughtful and expansive response in return.

In one of my last teaching jobs before I became an entrepreneur, I taught at a chocolate box village school in Didcot, Gloucestershire. The total number of pupils was 32, and that covered the age-range of four to 11. It was as challenging to teach there as the 'in measures' central Bristol school I had been in before, but the joy was much greater. Due to the requirement for such differentiation they were one of the few established project-led schools and as a result, had their own ‘Didcot curriculum’. Here’s what it entailed:

How To Relax Into A Creative Homeschool Approach

In these extraordinary and very challenging times, when our children are at home, I suggest that after they've had some exercise first thing - always a strong foundation to base happy learning around - you give them a project to focus on. You could even call it Project 19. Some suggested starting points depending on the age of your child are:

Over the next however many weeks, if you are scratching your head for something for the kids to do, give them a project. It generally starts with research, a pen and paper and a printer. It could involve old toilet roll tubes – plenty of those around right now – paints and even cooking.  Maybe it leads onto songwriting, a play or a cartoon. And with today's tech at their fingertips, before you know it they will have probably made a video which would give David Attenborough a run for his money. Now, wouldn't that be something.

Jo is a longtime friend of Kidadl, and something of an education expert. As a former primary school teacher turned leadership entrepreneur, this mum-of-twins believes that childhoods are happiest when spent learning without boundaries.

How To Get Rid Of A Dummy: Helpful Tips And Ideas

Cynthia Lawrence
This is some text inside of a div block.

Cynthia Lawrence
This is some text inside of a div block.