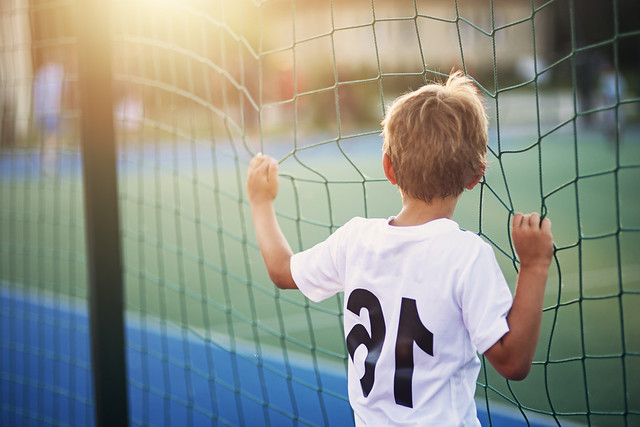 You can go behind-the-scenes on a super cool, interactive Chelsea FC Stadium Tour and Museum with your whole family! Yes, you read that right. If you’re prone to sporting a blue shirt once in a while or you’ve got footie mad kids this is the perfect opportunity to see, first-hand, where it all kicks off. In this part guided, part multimedia tour, snoop around the home of the Blues and explore the stadium, discovering fun facts about the players and historical tidbits about the club itself along the way.

And to get you started we’ve rounded up 7 unique facts to kick things off! We bet you didn’t know these...

We know we keep banging on about it but how often do you get the opportunity to tour one of the most famous stadiums in the world! See beyond what you witness on the TV and snoop around the players’ dressing room filled with iconic jerseys, walk through the infamous Players’ Tunnel like the pros and even explore the press room, where the magic really happens. Pick the brains of expert tour guides, watch VR-style 360-degree videos that'll make you feel like you're really there on a match day and so much more!

Yes. Despite what you may have been lead to believe, Chelsea Stadium is actually called Stamford Bridge, which originally opened as a sporting arena in April 1877. This might seem obvious to those supporting the Blues but for others it can be a pretty confusing state of affairs.

3. But where did the name come from?

The original football arena, designed by architect Archibald Leitch was actually offered to nearby Fulham FC first but they turned down the chance! Instead Chelsea quickly moved into the second largest stadium at the time, and Chelsea Football Club was born in March 1905, before moving to Stamford Bridge just a few months later.

Chelsea FC quickly became very popular, gaining support from the locals and establishing itself as the biggest football club in the capital. In the late 1910’s, Chelsea FC became the first club in Britain with an average attendance of over 40,000 - that’s a lot of blue!

6. Only one thing remains

As it stands, the only thing that currently remains from the original stadium is the huge old Shed wall! It can be seen on the outer part of the current ground, directly opposite from the box office - don’t forget to take a snap with it for the ‘gram! As well as work on the stadium, the rest of the site has also undergone significant building work, resulting in 2 four-star hotels, restaurants, a music venue and more!

7. There’s a museum there as well!

Not only is Stamford Bridge home to an arena, where you can watch the legendary Chelsea FC do their thing, it is also home to the Chelsea FC Museum, which is included in the price of your ticket! Admire years of Chelsea FC history, get up close and personal with memorabilia and take part in interactive footie games in this fun and informative space for all the family to enjoy.

Auntie to 31 neices and nephews

With Kidadl, Ann has discovered amazing places to share with her nieces, nephews, and grand nieces and nephews. With an age span of three months to 37 years it always helps her find somewhere that everyone enjoys. From paddleboarding, trampolining, feeding the tigers at Wildwood and abseiling at go-ape to the numerous theatres all over London and Kent to sharing an afternoon with Shrek and his friends or solving puzzles in the escape rooms, the fun is endless.

Perfect Your Putt At These London Mini-Golf And Adventure Golf Courses
Zoos And Animal Parks Near London That Are Now Open
Soft Play Centres To Reopen, Along With Bowling Alleys, Ice Rinks And Indoor Theatre
Spread A Smile Cupcakes
Warner Brothers Harry Potter Studio Tour In Watford Is About To Reopen
The Best Waterparks In England, Now Open
Can Your Kids Spot These 8 Curious Buildings From The London Eye?
Look At The View! How To Take Your Family To New Heights This Summer
Explore Kidadl

Laura Savage
This is some text inside of a div block.

Flora Wilson Brown
This is some text inside of a div block.

Ashtead Surrey: The Perfect Village Day Out Less Than An Hour From London